In today’s era, everyone knows about the Nobel Prize. It is one of the biggest and most popular in the world nowadays. In this article, we will review the Prize details from all sides.

What is Nobel Prize?

First of all, let’s discuss what is the Nobel Prize? The Nobel Prize is an award given to those people who work excellently in a specific field. It is an annual award for outstanding performance in science, literature economics, or any other field.

the founder of the Nobel Prize?

Alfred Nobel was born on October 21, 1833, in Stockholm Sweeden. He grew up in St. Peterburg in Russia. He studied chemistry and technology in France and the US. Alfred created Nobel Prize in 1895. Alfred was a chemist, an inventor, entrepreneur, scientist, and businessman.  He was a notable for the invention of dynamite. Alfred wrote poetry and drama.  He died on December 10, 1896, in Sanremo, Italy. Nobel’s interests are reflected in the Prize he established. His interest is to be divided into five equal parts which are given below:

1. The person who made the most important discovery or invention in the field of physics.

2. The second part is the person who made the most important chemical discovery improvement.

3. The person who made the most important discovery within the domain of physiology or medicine.

4. Fourth part to the person who, in the field of literature, produced the most outstanding work in an idealistic direction.

5. Fifth part to the person who has done the most or best to advance fellowship among nations, the abolition or reduction of standing armies, and the establishment and promotion of congress.

Nobel Prize covers the areas of physics, chemistry, medicine, physiology, biology, literature, mathematics and peace. In these fields contributions, the conferred the greatest benefit to mankind.

Who is eligible for the Nobel Prize?

The person who shall have done the most of the best work in his/her field.  The person who himself/herself cannot decide on the Nobel Prize. They will be nominated by the cabinet of assembly/ministers/ government.

When we discuss benefits, the benefits can be in different parts. The prize often results in better jobs, more grants, and increased opportunities. Winning gives invitations to meet people. The Prize results in a positive culture of mutual freedom. It gave the people to think deeply about learning things. The Prize increases the talent. It helped in the new invitation to the best material.

List of popular personalities who received the Nobel Prize:

The purpose of the Nobel Prize is for the most intelligent and able person to appear in the world.  First of all, everybody can know about these valuable men. Secondly, other people can learn a lot of things from them. Thirdly, these people give the best motivation for aspirants. The people in this world had never forgotten these people even after their death. They work for the welfare of mankind, for society,  for their country, and for this universe.

How many people achieved Nobel Prize?

There are 58 women 885 men and 25 organizations have been awarded Nobel Prize.

If you want to read more interesting article, please click below: 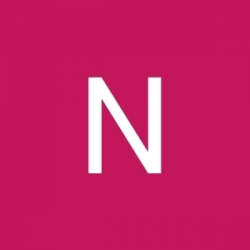 Naila
Blog Writer at Capital Writer
I am a blog writer in different niches including but limited to health and wellness, education, travel, biography and research.

Latest posts by Naila (see all)
51